Binance ventures into Web3 journalism with $200M investment in Forbes 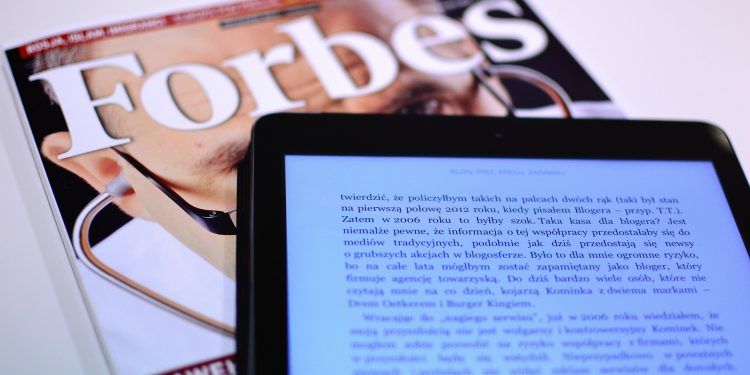 Binance’s latest investment comes as part of its undertaking in Forbes’ $400m private investment in public equity (“PIPE”). The digital publisher announced in August last year that it has obtained commitments of $400 million from institutional investors as it looks to go public via a SPAC merger.

As per the press release issued Thursday, Binance’s chief communications officer Patrick Hillmann and head of Binance Labs Bill Chin will join the company’s board of directors before this quarter ends. Forbes plans to use the funds to expand its reader base and bolster its digital presence.

“Forbes is committed to demystifying the complexities and providing helpful information about blockchain technologies and all emerging digital assets,” Mike Federle, CEO of Forbes, said in the announcement.

“As Web 3 and blockchain technologies move forward and the crypto market comes of age we know that media is an essential element to build widespread consumer understanding and education. We look forward to bolstering Forbes’ Digital initiatives, as they evolve into a next level investment insights platform.”

Founded in 1917, Forbes is one of the most followed business magazines, popular for its annual list of the world’s richest people and ‘30 under 30’. The company was sued by Binance in November 2020 after it leaked the exchange’s plan to reenter the US market and a laundry list of allegations. Binance later dropped the charges.

Now, with the latest investment, Binance may seek to combine mainstream journalism with Web3. A spokesperson from Binance told media outlet Blockworks:

“First and foremost, this is a financial investment in the media industry. Web2 had a profound impact on the media sector and, at Binance, we believe that Web3 may have an equally important role to play in the future of journalism and publishing.”