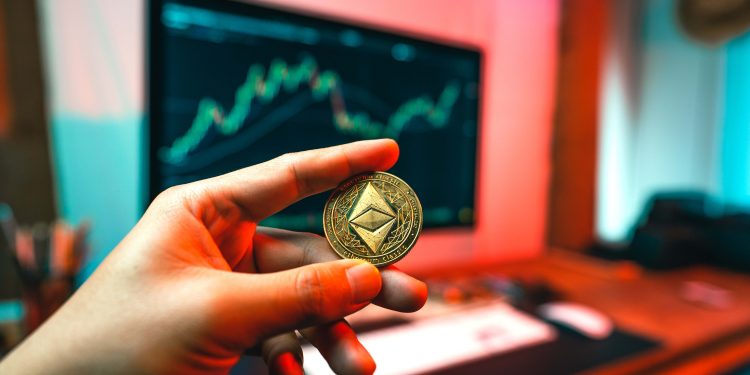 According to blockchain analytics firm Santiment, daily active users on the Bitcoin network reached their second-highest since May with over 1.14 million addresses per day. Although the active addresses have not reached their May peak, data is gradually rising.

Meanwhile, Santiment also noted that investor sentiment has reached a negative territory for Bitcoin. The firm analyzed that some Bitcoin investors are stopping loss and moving profitably as FUD raged on social media.

📊 #Bitcoin dipped back as low as $56.9k in the early Monday hours, and this has pushed traders' perceptions of $BTC into negative territory. This #bearish sentiment hasn't been seen since early October, and the #FUD is a good sign of capitulation. https://t.co/6HND4o4SdG pic.twitter.com/mtgl02xQrB

Ethereum, the second-largest cryptocurrency, has seen a noticeable decline in transactions after the rising impact of soaring gas prices over the weekend. The number of burns has reached 970,000 ETH and has been steadily approaching 1 million burns.

According to crypto data analysis company Glassnode, Ethereum reported deflation for at least 15 days after the ‘London’ hard fork implementation. At press time, the altcoin was trading at $4,161.69, down from 3.94% in 24-hours.

4/ In fact, on a total of 15 days since early September, $ETH has been deflationary – more supply was burned than issued on those days.

We could see an acceleration of this trend if the burn rate continues to increase over time.