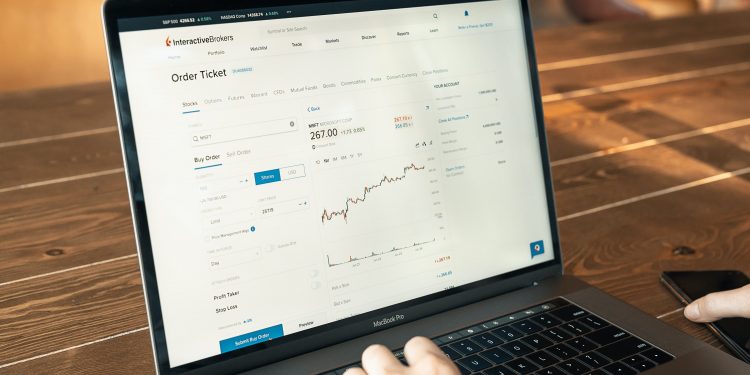 Bitcoin, the world’s largest cryptocurrency by market cap, is increasingly showing a tendency to move in the same direction with some of the world’s biggest tech stocks, a recent report by Bloomberg has revealed.

Per the data reported by Bloomberg, the currency saw its highest 40-day correlation with Nasdaq 100 at 0.6945 on Friday. The higher correlation may forecast a downward trend for Bitcoin, which has already reached below $41,000 levels at the time of writing. The king crypto was trading at $40,616.26 with a 24-hour price change of 5%.

Citing similar data, founder of the cryptocurrency exchange BitMEX, Arthur Hayes, has predicted the coin to hit around $30,000 by June. Hayes has suggested that the higher correlation may make Bitcoin exposed to the effects of rising interest rates and falling economic growth. The co-founder wrote:

“The short-term (10-day) correlation is high, and the medium term (30-day and 90-day) correlations are moving up and to the right. This is not what we want. For me to hoist the flag in support of selling fiat and buying crypto in advance of an NDX meltdown (30% to 50% drawdown), correlations across all time frames need to trend demonstratively lower.”

In addition to Bitcoin, Hayes has also predicted Ethereum to hit below $2,500 even before the Fed takes any action.

Nasdaq 100 is a large-cap growth index that tracks 100 of the largest domestic and international non-financial companies listed on the Nasdaq Stock Market. The companies listed are determined on the basis of their market capitalization. Some of them include Apple, Microsoft, Amazon, Tesla, Nvidia, Meta, Alphabet, and Intel.