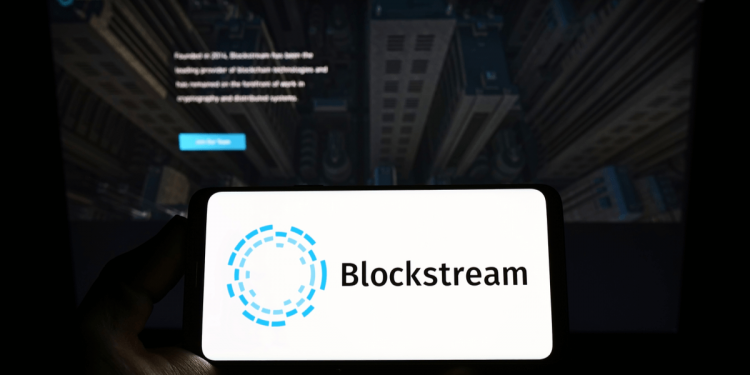 Blockstream, which provides cryptocurrency (virtual currency) Bitcoin (BTC) and blockchain infrastructure, announced on the 24th that it has raised approximately 16 billion yen ($125 million) in funding.

Although the cryptocurrency market has been sluggish in 2022, the company’s revenue has increased compared to the previous year, and it explained that it will use the funds raised this time to further expand its mining facilities. Demand for mining hosting services is increasing among companies, he said.

Blockstream provides not only mining business but also multiple products such as Bitcoin layer 2 solution “Liquid Network” and wallet. While developing these multiple businesses, we also provide hosting services that support the operation of other miners.

He explained that the hosting service area is more resilient than miners, which are directly affected by Bitcoin price fluctuations. While there is a shortage of available electricity, Blockstream’s hosting service has been evaluated for its track record and scalability, and is in high demand.

The funding was raised through the issuance of convertible notes and secured loans. Kingsway Capital was the lead investor in the convertible bond financing, with Fulgur Ventures and others also investing. It also said its financial advisor is Cohen & Company Capital Markets.

Blockstream will also raise about 27 billion yen ($210 million) in a Series B round in August 2021. Some of the funds at that time were also used to expand the mining facility.

Company head Erik Svenson commented on the funding as follows:

The new funding will help accelerate the revenue growth that started with the Series B round.

We will continue to de-risk enterprise miners and specialize in helping companies create Bitcoin, the most scalable and stable blockchain use case in the world.

In April 2022, Blockstream announced that it had started construction of a solar-powered bitcoin mining facility in partnership with Block (formerly Square), headed by Jack Dorsey. He also explained that US electric car giant Tesla will cooperate with the use of solar power.

While Blockstream is actively promoting its business, the cryptocurrency winter era symbolized by the Terra riots and the bankruptcy of FTX has had a tremendous impact on mining companies. In addition to the sluggish market, soaring electricity prices also weighed on the company.

In this announcement, Blockstream also mentioned the current state of the cryptocurrency industry. He argued that events such as the bankruptcy of a major company highlight the importance of Blockstream.

The collapse of centralized companies and protocols in 2022 provided a learning opportunity for the market. Blockchain’s fundamental value lies in alleviating the need to trust third parties.

Now, with a renewed focus on security and decentralization, it will be an opportunity for market participants to move towards non-custodial structures based on Bitcoin.

The user manages the private key of the wallet himself, not a central management organization such as a virtual currency exchange or service provider.