Initially, Ronald Aai said that he was invited by Binance representatives to participate in a panel discussion at the September Consensus conference in Singapore. After that, the Cloud Token team posted a screenshot showing millions of dollars in bitcoins stored on Binance’s hot wallets. 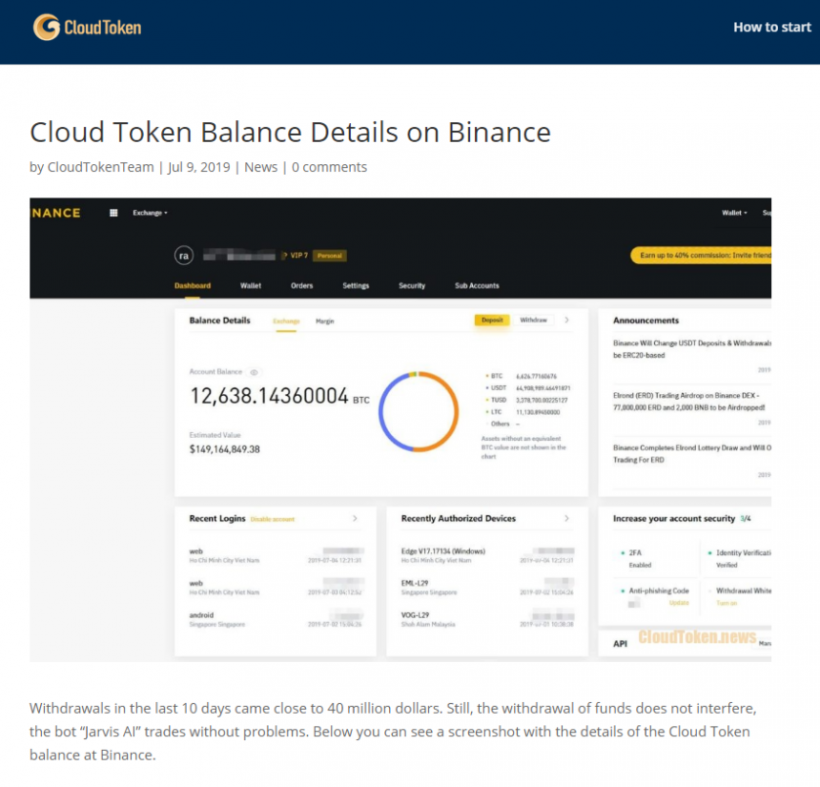 Twitter users suggested that in this way, the company is trying to dispel investor doubts about the problems with depositing and withdrawing funds.

In turn, Alex Saunders wrote that Cloud Token operates on the principle of a financial pyramid, promising investors high returns through its trading bot. And tagged in the message CEO Binance Changpeng Zhao to make sure the two companies collaborate.

“We don’t know them at all. 99% of people claiming to work with Binance are scammers, ”warned CEO Binance.

Later, CTO Cloud Token joined the discussion. Aai appended a screen of letters to the tweet, in which a Binance spokeswoman explains that the project was not invited to a panel discussion, but to a coffee session, but it would not take place. He also asked Alex to remove his post.

Earlier, researchers at the analytic firm Elements calculated that the PlusToken financial pyramid, which caused $ 2.9 billion in damage to its members, was “by a large margin” superior to the fraudulent BitConnect and OneCoin projects.