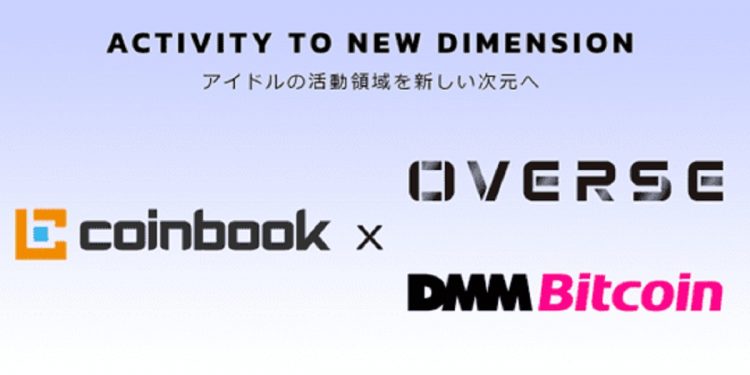 IEO for an idol group project

Coinbook Co., Ltd. announced on the 23rd that it has signed a basic agreement with OVERS Co., Ltd. and DMM Bitcoin Co., Ltd. for fundraising through IEO (Initial Exchange Offering).

For the formation and activities of a new idol group, a crypto asset (virtual currency) “Nippon Idle Token (NIDT)” will be issued and new sales will be carried out by IEO this spring.

IEO is an abbreviation for “Initial Exchange Offering”, and crypto assets issued by blockchain projects of companies are screened by crypto asset exchanges (by the Japan Crypto Asset Exchange Association (JVCEA) and financial authorities). (including screening) before selling and raising funds from investors.

Coinbook plans to launch a crypto asset exchange service in line with NIDT’s IEO implementation. The company has started accepting applications for opening accounts from November 14, 2010.

Coinbook Co., Ltd. is a company that mainly develops content development and payment function provision business using blockchain technology in the entertainment industry. In October 2020, NFT trading cards of the popular idol group “SKE48” will be sold. In April 2021, it was approved by the Financial Services Agency as a crypto asset (virtual currency) exchange service provider under the Act on Payment Services.

The “Nippon Idol Token (NIDT)” issued and sold by this IEO will form a new female idol group with the mission of “expanding the area of ​​activity using blockchain technology and the metaverse,” and will operate the female idol group. used throughout the project.

Overse Co., Ltd. was established in March 2022 to develop a fusion business of entertainment and blockchain metaverse. The issuer of new crypto-assets in this project, as well as the planning and operation of the target business. The project schedule announced in September 2010 is as follows.

A multiplayer 3D virtual reality world built on the Internet. You can enjoy various ways using avatars. For example, you can build a customized Metaverse space or open a virtual event that you can participate in as an avatar.

Relation:Notes on cryptocurrency IEO Domestic and overseas cases and how to participate