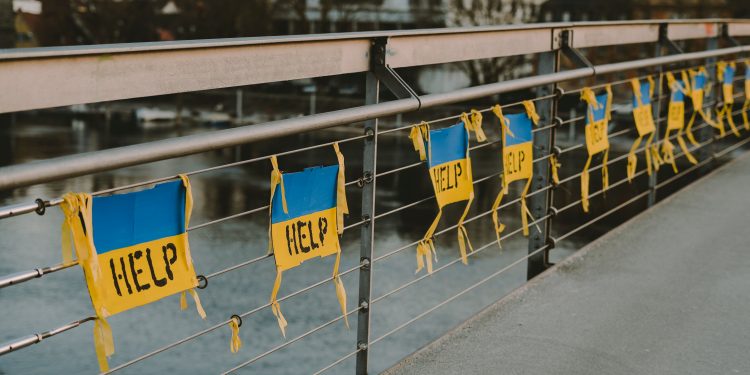 Since last year, cryptocurrency platform Crypto.com has been aggressively set out to create its global presence in the form of various marketing campaigns and sports advertising. However, the platform is now making use of its visibility to help aid the humanitarian crisis in Ukraine.

The platform previously donated $1 million to the Red Cross Red Crescent in February, when the war was still in its infancy. The Singapore-based exchange now partnered with the International Committee of the Red Cross, or ICRC, to raise awareness and funds as the situation in Ukraine continues to worsen.

Crypto.com ran an ad campaign during the 94th Academy Awards on Sunday calling the audience to donate for the crisis via crypto assets, fiat currencies, or its newly launched NFT collection “The Art of Giving”.

The humanitarian crisis caused by the conflict in Ukraine continues to escalate, and I believe it’s our responsibility to support those in need.

Per the news release, 33 independent NFT artists, including Ugonzo Art and Travis Ragsdale, participated in the Art of Giving NFT collection creating 40 NFTs with prices between $50-$100. The NFTs are available for sale at the Crypto.com NFT platform.

The commercial was broadcasted live multiple times during the prominent awards ceremony, which recognized the war in several ways over the three-hour event. The event saw a moment of silence to show its solidarity with the people of Ukraine as well as a plea from Ukraine-born actress Mila Kunis asking the audience to help the crisis in any way possible.

According to the Crypto.com announcement, all the funds raised from the campaign would be donated to the Red Cross Red Crescent to provide humanitarian relief in the country. In addition, the platform will also match the donations up to $1 million until March 31.

The crypto industry has donated to the crisis in multiple ways. Up until March 11, more than $63.8 million were donated to the wallet addresses provided by the Ukrainian government. Since then, the funds have been directed to a donation website created by the government in partnership with crypto exchange FTX and Kuna, and staking platform Everstake.