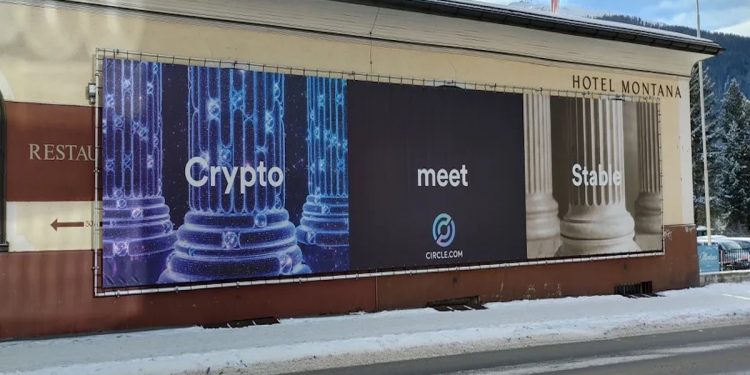 Of the 500 or so companies participating in the annual World Economic Forum (WEF) meeting in Switzerland (Davos), about half are tech companies and startups.

Each company set up a booth on the main street “Promenade” that runs through the center of the city. It showcases the latest products and services in blockchain technology, artificial intelligence (AI), virtual reality (VR), robotics, 3D printing, and IoT.

Potential of blockchain as a technology

It’s no surprise that people are talking about technology. The time was ripe. The World Economic Forum recently released its 2023 Global Risk Report, which lists “technological disruption” as the top risk. With the bankruptcy of a major crypto asset company still fresh in our minds, there are many people at the Davos meeting who are pessimistic about crypto assets.

As a technology fan, my job is to work on finance and innovation at the United Nations agency called the International Fund for Agricultural Development (IFAD). Through my work, I have had the opportunity to see first-hand how technology solutions are being used. Despite the recent negative news, it’s clear that blockchain technology has more potential than problems.

It is important to distinguish between blockchain and crypto, the technology that underpins crypto. The concept of decentralized digital currency is not going away, but cryptoassets that are not backed by a clear, real asset are unlikely to survive. Fewer industry players will be willing to take financial and reputational risks by getting involved with crypto assets.

However, blockchain as a technology will continue to grow exponentially, and its use cases will expand. Blockchain’s real-world applications are already being practiced by international development organizations, offering great utility and cost-saving benefits.

In a panel discussion hosted by the Global Blockchain Business Council on the subject of blockchain for public bodies (governments and international organizations), I discussed the challenges of past food crises around the world, He talked about how to use blockchain technology.

Take the International Fund for Agricultural Development’s Kenya cereal climate-smart agriculture (KCAP) project as an example. Through this effort, we have proven that every single dollar of a $100 million fund across 50 parties can be tracked by placing information on a secure blockchain.

We are blockchain neutral, but for this project we used a public-private hybrid permissioned version of Ethereum, where personal information was securely stored off-chain. The system produces near-real-time development outcomes directly from farmers.

Leveraging blockchain in this way not only provides full transparency in the flow of funds from donors to farmers, but also ensures compliance through automated checks using anti-money laundering software. It will also allow the United Nations to automate many services. Farmers, for example, will be able to quickly pay vendors with a click on their smartphone screen.

Stablecoins are the most obvious cryptocurrency value and utility. Stablecoins backed by third-party audited reserve assets could speed up the current bureaucratic process and allow anyone to move money across borders in seconds.

Davos is where policy is made and world leaders meet. By sharing stories about real-world use cases for blockchain, I hope to support the ongoing digital transformation.

As the number of onramps and offramps between crypto assets and fiat currencies grows, digital money will only become an increasingly viable solution.

Mr. Advit Nath: Comptroller and Director of the United Nations International Fund for Agricultural Development. He is also a regional ambassador for the Global Blockchain Business Council.

｜Translation and editing: Akiko Yamaguchi, Takayuki Masuda
｜Image: Advertisement placed by the US circle near the station near the WEF venue (Nikhilesh De/CoinDesk)
｜Original: In Davos, Blockchain Yields More Promises Than Problems

Which chain has the highest number of new cryptocurrency developers and has expanded the most? ｜Annual Report 2022