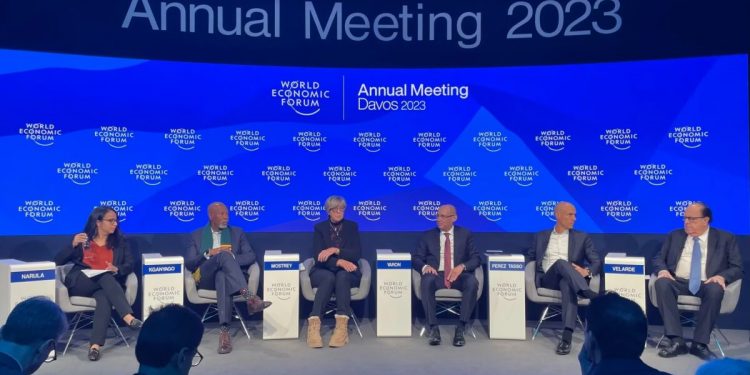 Blockchain discussions on the third day of the Davos conference showed the trial and error surrounding the Metaverse and regulators’ concerns over the negative impact of Central Bank Digital Currencies (CBDC) on the global economy.

With Facebook changing its name to Meta Platforms in 2021, the Metaverse is getting a lot of attention. But the world has not yet witnessed or experienced anything concrete.

“The metaverse is an evolving concept. There is no standard definition yet,” said Cathy Li, head of media, entertainment and sports at the WEF, at a press conference.

“Regulators may also be expected to act more like referees than gatekeepers, and codes of conduct will actually take precedence over policies being developed,” Al-Hashimi said. Mr)

A Different Vision for the Metaverse

At the panel discussion on the 18th, two very different visions of the Metaverse were presented.

“One day, the platform will be as important as the smartphone,” said Meta’s chief product officer Chris Cox.

Cox likened his metaverse to the company’s Instagram, saying it’s “focused on providing tools for creators and developers.” But he also said it will be more difficult to move from one ecosystem to another without losing consistency and connectivity.

“One thing that doesn’t exist in the metaverse yet is hyperlinks,” Cox said.

For sci-fi writer Neal Stephenson, who was on the same panel, it’s clear what kind of model is needed.

“The metaverse won’t happen unless we create an open system that resembles the early Internet,” said Stevenson, who coined the term “Metaverse” in his 1992 novel Snow Crash.

“The image people have of Facebook right now is that it’s a very centralized, top-down organization,” Stephenson said.

Perhaps to clear up misunderstandings, Mr. Cox invited Mr. Stevenson to a café after the panel discussion. But Stevenson politely declined.

The big hurdle of interoperability

Interactions between different digital ecosystems have also been an important theme for central banks.

A panel discussion on Central Bank Digital Currencies (CBDC) pointed out that there are many hurdles to “interoperability”. Central banks don’t always trust each other.

The discussion suggested that there is still a long way to go before realizing the benefits of CBDC, and that it could end up hurting the global economy.

“When new innovations come along, it’s important that they are scalable and don’t drive up costs,” said Javier Perez Tasso of SWIFT, a messaging service for international financial transactions between banks. Perez Tasso). He said that while CBDC would unify payment systems, it could lead to further fragmentation.

There is limited success testing CBDCs for both interbank and retail payments, but it has its limitations. Bank of Israel Governor Amir Yaron told a test to enable cross-border retail payments with Sweden and Norway.

There is also the question of whether or who will create a central organization for global CBDC use. Will it be a collection of central banks, the IMF (International Monetary Fund), or a private company?

Leave Mostrey of the clearinghouse Euroclear, which is jointly experimenting with the tokenization of government bonds with the Banque de France, warned that the real-time payments experiment would be costly.

“Interoperability is an issue. If it doesn’t work out, I think the transition[to tokenization]will be impossible,” said Mostrey.

Which chain has the highest number of new cryptocurrency developers and has expanded the most? ｜Annual Report 2022