Early Staking up to 152% for each EuroSwap EDEX early investors 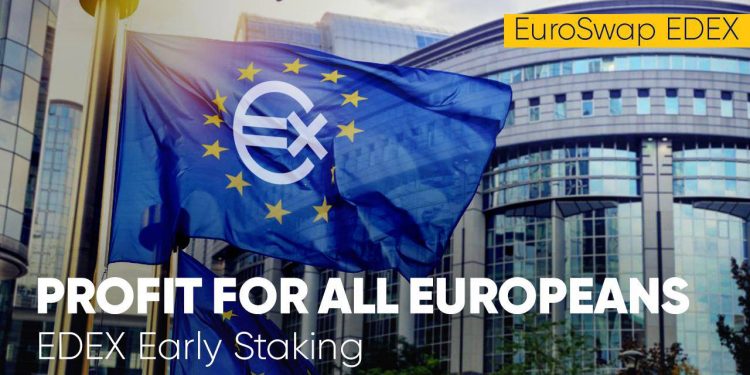 At the end of 2021, the EuroSwap team announced that they were preparing to launch a unique add-on for the project, which will give additional profits to all early EDEX investors. Now the developers have reported that this Project-X is fully ready and tested. It is about early access to a reward system for keeping EDEX tokens on the holder’s balance.

Typically, most crypto projects come to the question of creating reward products late in development. This is a time-consuming and expensive procedure that requires many hours of software development and even more time and effort to test the performance of the system.

The EuroSwap EDEX project, which offers opportunities for effective crypto integration in Europe, has decided on an ingenious move. Subsequently, this solution may become iconic to followers, because all brilliant things are simple. The developers of EuroSwap EDEX have offered their investors Early Staking up to 152% p.a.

The team offers all holders to make their EDEX deposits into staking pools and get attractive savings regardless of the deposit volume: 6 months – 71%, 9 months – 98%, 12 months – 152%. Staking is fully based on the architecture of BEP-20 smart contracts, and provides guaranteed automatic accruals at the end of the chosen period.

Triple benefit for all parties involved

Early staking for EDEX token holders begins as early as January 15, 2022. In other words, the extra earnings technology in the EuroSwap project will be available even before EDEX goes live on crypto exchanges. Thus, early investors will be able to profit while the project is at the PreSale Session stage.

Another important point that completely turns the idea of conducting large ICOs – the developers of EuroSwap EDEX abandoned the banal freezing of tokens in favor of profitable Staking up to 152%. Early investors, instead of meekly waiting for their assets to be made available, get an EDEX token immediately and can make the important decision themselves: make a deposit on staking or trade an EDEX token immediately.

EuroSwap’s internal analysts estimate that more than 73% of early investors are waiting for the launch of early staking and will take advantage of this opportunity. This means that the EDEX token will be able to remain stable at the time of the launch of trading on the exchange and is likely to immediately enter an uptrend, and the intensity of growth will persist for six months to a year.

EuroSwap EDEX – a bridge between euro and crypto

Last spring, Austrian developers with a multinational European team began to develop the EuroSwap EDEX project. According to the founders themselves, the creation of the project was mostly influenced by the European Union’s decision to start global Euro integration in the crypto economy.

The idea and technology of EuroSwap will provoke a crypto-boom between the citizens of the European Union. After all, the essence of the project is to build a bridge between crypto-assets and the euro currency – allowing Europeans to easily and securely buy and sell crypto for euros.

The idea is simple – to connect several fiat gateways to the EuroSwap decentralized exchange, which will make it easier to buy crypto than jeans in an online store. According to the developers, their main partner in creating a fiat euro gateway should be VISA. And it’s all about attracting crypto investors to fill their portfolios with EDEX tokens.

How to get the opportunity to buy an EDEX token?

The current phase of the tokenseal is the PreSale Session, where buyers get the biggest advantages in both price and service. In this phase, you get the opportunity to buy 1 EDEX at a price of €0.07 (0.08 BUSD). That price won’t last long. As early as January 28, the EDEX will rise in price before the next major upgrade

In total, the full issue of EuroSwap is 746,000,000 EDEX, which is equal to the number of all Europeans. In other words, potentially every European could own at least one EuroSwap token. You can participate in the early sale of EDEX tokens on the official website https://app.euroswap.io or by using the manager in the official Telegram bot. 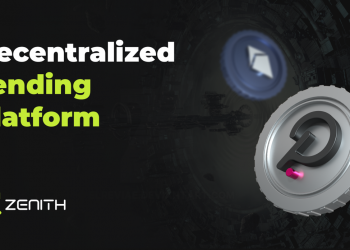 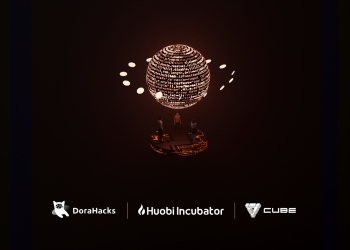