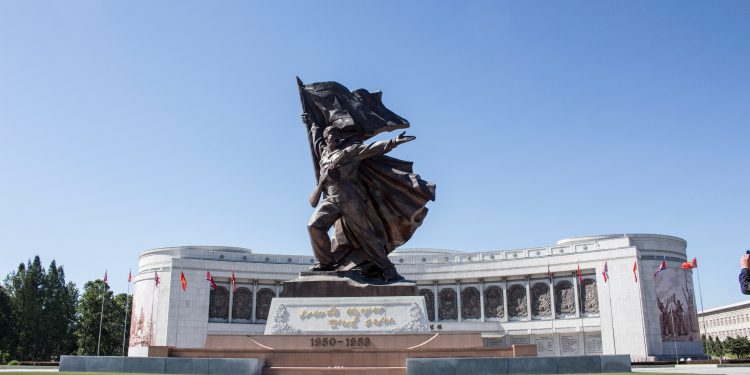 Former Ethereum developer Virgil Griffith has been sentenced to more than five years in jail for allegedly helping North Koreans evade sanctions via cryptocurrencies. Per several news reports, Griffith will serve 63 months in prison and pay a $100,000 fine for violating the international sanctions.

In 2019, Griffith gave a lecture on cryptocurrencies and blockchain technology at a blockchain conference held in Pyongyang, the capital of North Korea. During the lecture, the former Ethereum researcher gave an overview of Ethereum and smart contracts.

Breaking news: A particularly irritated federal judge just handed a stiff sentence to Virgil Griffith for speaking at a crypto conference in North Korea—and teaching them how to dodge US sanctions.https://t.co/ve8hnVBewi

“Griffith is an American citizen who chose to evade the sanctions of his own country to provide services to a hostile foreign power,” prosecutors wrote. “He did so knowing that power – North Korea – was guilty of atrocities against its own people and has made threats against the United States citing its nuclear capabilities.”

Ergo, in November 2019, he was charged with violating The International Emergency Economic Powers Act, which carries a maximum penalty of 20 years. However, Griffith pleaded guilty in a plea deal with federal prosecutors in September 2021, which reduced his sentence to six-and-a-half years.

Furthermore, since the renowned programmer had already served approximately 2 years in custody, even though he was on bail for 14 months, his jail sentence was reduced to five years and three months.

Griffith was described as the “Internet Man of Mystery” by the New York Times in 2008. He gained prominence during the early 2000s after creating WikiScanner, an indexing tool for Wikipedia. Following his court sentence, several crypto advocates, including Ethereum co-founder Vitalik Buterin, came to Griffith’s support and signed a petition which seeks to free him.

I refuse to take the convenient path of throwing Virgil under the bus, because I firmly believe that that would be wrong. I'm signing. Reasoning below.https://t.co/E44p5caeJO