For all financial products related to virtual currencies, outflow of funds was observed for 4 consecutive weeks. The cumulative total has reached 44 million dollars (4.8 billion yen). 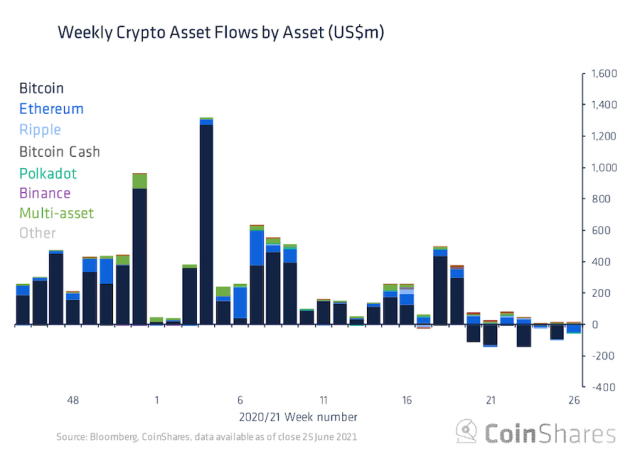 On the other hand, Bitcoin-related financial products recorded an outflow of 1.3 million dollars (140 million yen), and it seems that the outflow of funds continued for 7 consecutive weeks. CoinShares analyzed that some providers suffered losses and some saw inflows, demonstrating mixed sentiment.

Inflows of multi-asset investment products, including multiple virtual currencies, have been observed following the previous week. He recorded a $ 6 million inflow and pointed out a glimpse of investors’ desire for diversification.

However, despite the recession of Bitcoin sentiment, daily trading volume remains strong, with an average of $ 10.8 billion in 2021, five times the $ 2.2 billion of the previous year.

By company, the asset management balance of Grayscale, a major US cryptocurrency investment company, is by far the largest. Most recently, new inflows of popular products into Bitcoin investment trusts (GBTC) have stopped since March, but still account for 75%. 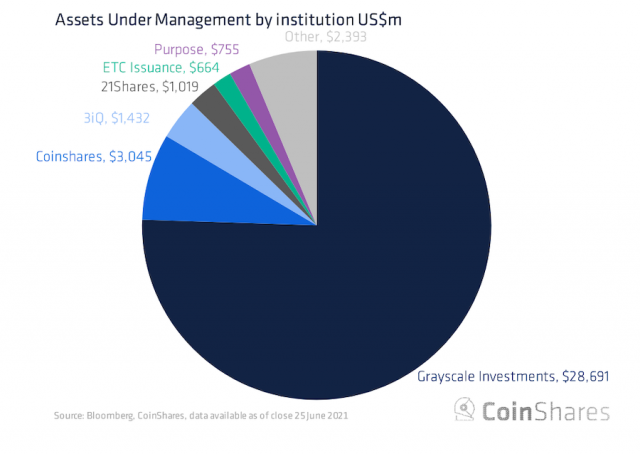 In addition, Canada’s 3iQ Corp, which recorded a huge inflow of funds from the end of April to the beginning of May, has seen a noticeable outflow of funds in June, indicating that institutional investors are withdrawing from the market.

In a letter released to investors by JP Morgan Chase strategists last week, it was analyzed that institutional investors’ declining motivation for the cryptocurrency market was increasing the bear market for Bitcoin.

Relation:JP Morgan “The bear market for Bitcoin continues” Pointed out that institutional investors have little willingness to buy

What is virtual currency THETA | Points of interest and future potential

Popular cryptocurrencies exchange Binance has announced today that it is closing down its futures and derivatives product offerings in three...

Representative Don Beyer of Virginia has recently submitted a bill that seeks to create a regulatory framework for digital assets....