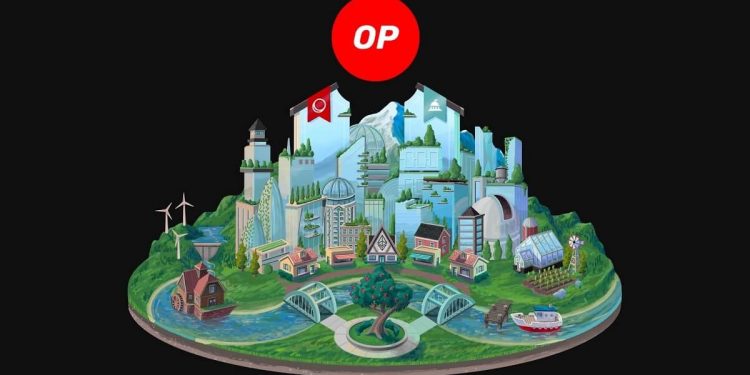 Ethereum (ETH)’s L2 network Optimism is steadily developing toward the large-scale upgrade “Bedrock” scheduled to be implemented in the first quarter of 2023. On the 13th, the testnet successfully migrated to Bedrock.

We’re almost ready to bring you the cheapest, fastest, most minimal EVM-equivalent rollup architecture, ever. Only 3 steps remain:

The next step in the process is to get a governance vote approved for an upgrade of the Optimism mainnet.

Optimism describes Bedrock as “the cheapest, fastest, most advanced Rollup architecture” and claims it will be a “game changer for the Rollup market.”

Rollup is a scaling solution that eliminates network congestion by processing some transactions off-chain (outside the blockchain). In the “Optimistic Rollup” adopted by Optimism, Arbitrum, etc., it usually takes up to 7 days to move assets between L1 ⇔ L2, but after Bedrock, this will be shortened by more than 4 times.

Relation:Ethereum’s L2 technology “Optimistic Ethereum” can be operated with one click

Development of L2 providers such as Arbirtrum, which adopts the same Optimistic Rollup, and ZK (zero-knowledge proof)-based Polygon “zkEVM,” is becoming active. Ethereum co-founder Vitalik Buterin said on January 1 that he expects many L2 scaling solutions “rollups” to emerge from their immature stage in 2023 and become more decentralized.

According to the data site L2Beat, in “Total Value Locked (TVL)”, which indicates the total amount deposited in the DeFi protocol, Arbuitrum ($2.6 billion) is the top, and Optimism is the second ($1.5 billion).

Optimism just completed their Bedrock test but upgrade as traction has started picking up over the last month, flipping Arbitrum… pic.twitter.com/aIfO23XT7q

However, Optimism’s user activity has been on the rise recently, and it was observed that it surpassed Arbitrum in December 2010. Optimism’s daily trading volume has increased by more than 100% since its launch in 2023, according to data analytics firm Nansen.

In mid-December, Optimism confirmed a sharp increase in the trading volume of the stablecoins Tether (USDT) and USDCoin (USDC), as well as an increase in active addresses around the same time.

According to data analytics firm Santiment, the average trading volume of USDT and USDC on Optimism is just under $10 million, while it peaked at just under $1 billion. It’s unclear why, but “something may be on the horizon,” Santiment points out.