“Fist of the North Star” to The Sandbox, Minto and others to co-produce virtual space 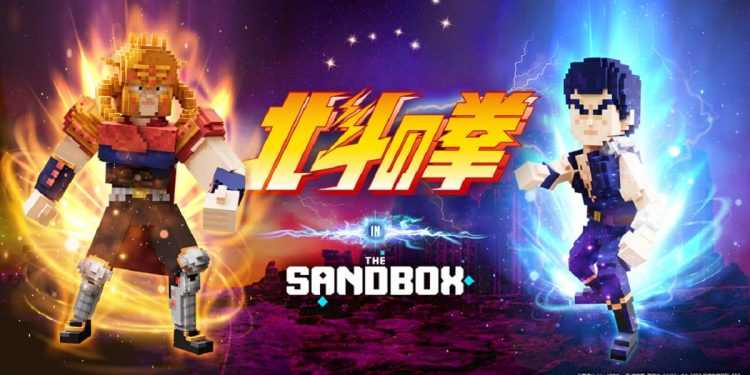 Fist of the North Star LAND

On the 19th, Minto Co., Ltd. collaborated with The Sandbox and Coamix Co., Ltd. to reproduce the world view of Hokuto no Ken on the Web3 gaming metaverse (virtual space) “The Sandbox”. announced that it will produce.

Hokuto no Ken (Original: Buronson, Manga: Tetsuo Hara) is a popular manga serialized in Weekly Shonen Jump in 1983. Set in a world ruled by violence at the end of the century, this hard-boiled action depicts Kenshiro, the successor of Hokuto Shinken, growing up as a savior with love and sorrow. The cumulative circulation of comics worldwide has surpassed 100 million copies, and it is a global content that continues to be loved all over the world.

In addition, we plan to produce and sell elaborate NFTs that will allow you to be more immersed in the LAND experience.

LAND is a land in the virtual space of the blockchain game “The Sandbox”. The Sandbox is building its own LAND in partnership with apparel and IP (intellectual property such as characters) brands around the world.

In addition, this is the second initiative following “Captain Tsubasa” as an example of developing a manga IP brand from Japan.

What is The Sandbox?

Developed by Hong Kong-based Animoca Brands, The Sandbox is a Metaverse decentralized blockchain game. Players can enjoy events in virtual space, create items, and issue and sell them as NFTs. Businesses and celebrities can set up attractions or host concerts in their in-game parcels.

Manga artist Tetsuo Hara describes the development of Fist of the North Star in The Sandbox as follows.

I hope that the world of the manga “Fist of the North Star” will pass through the ages and will be breathed life into the realm of the new gaming metaverse. It’s a little strange to become a dot, but I’m really looking forward to the birth of Kenshiro and the Hokuto characters and their wild and unrestrained activities.

Sebastien Borget COO and co-founder of The Sandbox said:

Hokuto no Ken is very popular in my home country France. We are delighted to welcome this globally beloved content to The Sandbox. We hope that the unique worldview of Fist of the North Star will be expressed in our Metaverse, and that not only fans but also more users will be able to enjoy it.

In The Sandbox, the world view and characters of Fist of the North Star are reproduced as “voxel art”. Voxel art is a 3D work created by stacking the smallest cubes called voxels. It is a three-dimensional version of “Pixel Art” that draws flat illustrations dot by dot.

Coincheck, a domestic crypto asset (virtual currency) exchange, announced in December 2010 that it will hold a creator contest in the metaverse (virtual space) city “Oasis TOKYO” built on “The Sandbox”. The application period for this contest is from December 23, 2022 to February 1, 2023, 23:59, and the results are scheduled to be announced from late February to early March 2023.

Relation:Coincheck Holds Creator Contest at “Oasis TOKYO” on The Sandbox