I went to Bitcoin Lake in Guatemala | Contribution 1 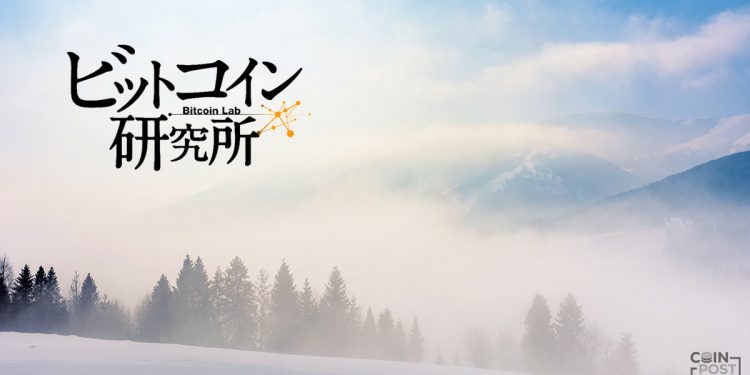 In March 2022, I visited El Salvador in Central America, which adopted Bitcoin as a legal currency in September 2021. I went to El Salvador,” and contributed five articles.

Eight months later, in November 2022, I returned to El Salvador to participate in the international conference Adopting Bitcoin held in San Salvador. Unfortunately, I didn’t have time to follow up on the current situation, but I did a quick report in Diamond Hands Magazine, which you can read if you’d like.

The harsh reality that not only the public but also the government’s interest is sluggish so as to be linked to the Bitcoin priceAlthough I was disappointed, I was greatly inspired by the mass adoption efforts of Bitcoiners from all over the world.

Author Courtesy: Afterparty at Bitcoin Beach on the final day of the conference.

After the conference, instead of doing follow-up research in El Salvador, we headed to neighboring Guatemala.Panajachelam.It is said that Humboldt, a German geographer and explorer, described it as “the most beautiful lake in the world” in the early 19th century.Town on Lake Atitlanam.

There are dozens of unique towns scattered around the lake, such as the hippie town of San Marco, the yuppy town of Santa Cruz, the party town of San Pedro, and the arty town of Santiago. It is known as a gateway town due to its convenient transportation.A year-round warm resort where the culture of the indigenous people remains strongAnd because there are many tourists from Europe and the United States, English is also relatively common. 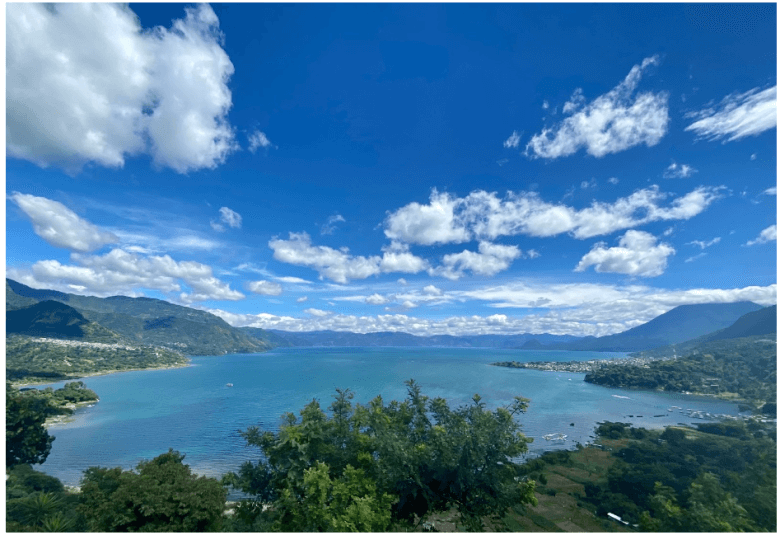 What kind of country is Guatemala?

Before explaining the purpose of my visit to Panajachel, I would like to briefly introduce Guatemala.

Located north of El Salvador, Guatemala also shares borders with Mexico, Belize and Honduras, and faces both the Pacific and Caribbean Seas. The land area is about 110,000 square kilometers, which is slightly larger than Hokkaido and Shikoku combined.Guatemala City, the capital, is the largest city in Central Americaam.

Like Japan, it is a volcanic country, so there are many earthquakes and hot springs.

Central America’s largest population of 16.6 million, of whichAbout 40% are Mayan indigenous people, More than 50% are indigenous and European mixed-race mestizos. The official language is Spanish, but 22 other Mayan languages ​​are also spoken (Japanese Ministry of Foreign Affairs statistics).

This is in contrast to El Salvador, which massacred indigenous people and erased traditional culture.

From around 900 BCHeartland of Mayan civilizationHowever, it declined rapidly in the 9th century. In the 16th century, the Spanish invasion began.Under Spanish rule in 1524enter.

It declared independence from Spain in 1821, but was soon annexed by the First Mexican Empire, and finallyIndependence in 1839won the

However, in the 20th century, the Banana Wars (military intervention by the United States to protect the interests of its own companies in Central American countries) broke out, and dictators with the support of the United States government appeared one after another, and through military coups and revolutions. From 1960, a civil war began between the US-backed government and left-wing rebels, until its end in 1996.Up to 200,000 people killed in 36 yearsand became (Wikipedia).

The bloody and cruel history of being tossed by Spain and America is the same as El Salvador.

The main industries are the textile industry and agriculture.world famous specialty coffee(I usually drink a well-balanced El Salvadoran brew in medium concentration all day long, but I have the impression that Guatemala’s is suitable for drinking a strong shot first thing in the morning.) The textile industry is generally doing well, although there are aspects of it being influenced and unstable.

In recent years, we have taken advantage of resources such as Mayan civilization ruins, Indian culture, and hot springs.The tourism industry has grown significantly(Ministry of Foreign Affairs statistics of Japan).

GDP per capita is less than $5,000 andMore than half of the poor live on less than $5 a dayam. Because the economic growth rate is as low as 3-4% and it is not possible to create sufficient employment,10% of the population, more than 2 million people immigrated to the United StatesHowever, remittances from them, equivalent to 14% of GDP, support household budgets (Ministry of Foreign Affairs statistics of Japan). The situation around here also leads to El Salvador.

Unlike El Salvador, which does not have its own currency and uses the US dollar as legal tender, Guatemala has a currency called Quetzal. As far as the chart of the last 10 years is concerned, it has remained stable against the US dollar.

The inflation rate was hovering around 2-6%, but this year it has risen to nearly 10%.Did.with price increasesPeople’s anger at threatened livelihoodsat the border from El Salvador to Guatemala.

Like Japan, the Guatemalan government mitigated the negative impact of rapidly rising gasoline prices with subsidies, but truck drivers were demonstrating against the termination of the subsidies.

of the borderA truck was stopped in a mess near the immigration office, obstructing the traffic of people and goods with El Salvadorwas doing. Even after we slowly weaved through the trucks for about an hour and somehow managed to enter the country, one lane of the two-lane highway was blocked for dozens of kilometers, and we were caught in a heavy traffic jam.

Moreover, due to the demoConfusion in immigration controland in your passportI didn’t get the immigration stamp. Anxiety about the future, heat, thirst and hunger did not allow me to realize that this would cause trouble when I left the country. 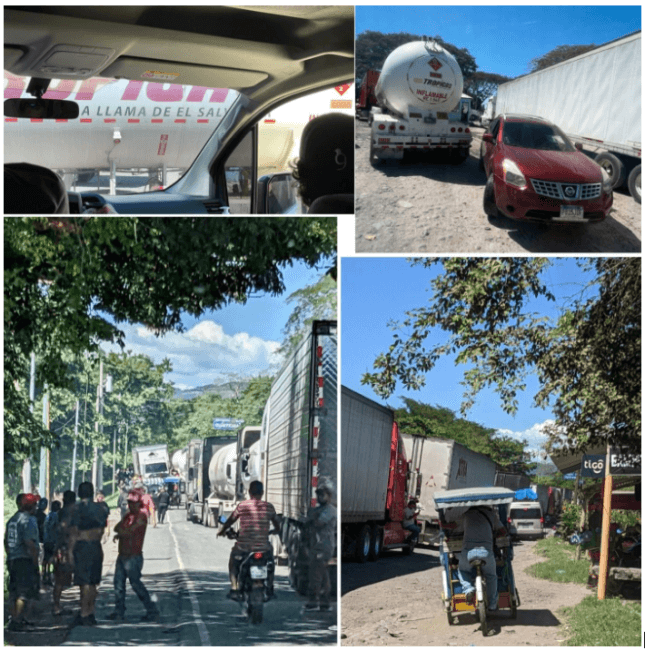 Courtesy of the author: Truck barricades blocking the way and endless lines of trucks

Will begin the main subject. The purpose of visiting Panajachel this time wasBitcoin Laketo see the project.Bitcoin Lake was inspired by El Salvador’s Bitcoin Beach and sprang up like mushrooms after rain around the world.Demonstration Experiment of Bitcoin Circular Economyis one of

Each project has a slightly different focus and approach, but generally the common goals are: 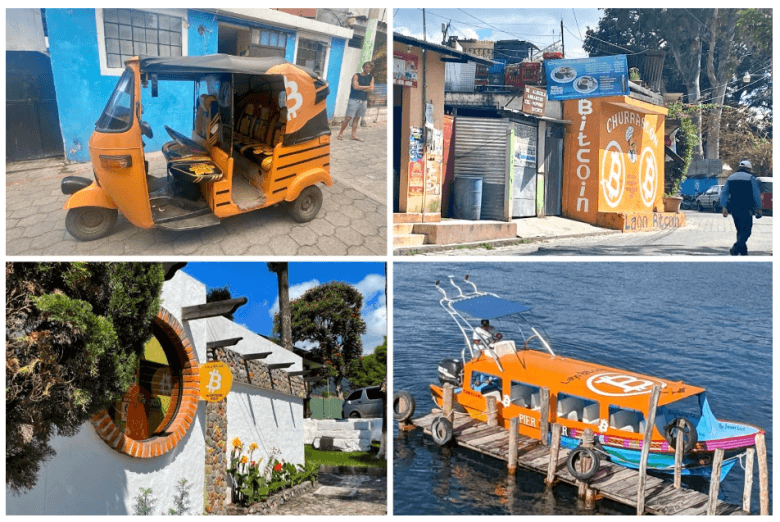 From the next time onwards, in addition to the details of Bitcoin Lake’s activities, I will introduce the issues that I became keenly aware of after making more than 50 Lightning payments, and the requirements for the ideal wallet that I have come to see.

Contributor:Teruko NerikiTeruko Neriki
Belongs to VC Fruguru Ventures, which specializes in investing in Bitcoin and Lightning-related startups. “Bitcoin Standard”, “Bitcoin: Why You Can’t Be Bullish”, “Bitcoin’s Way of Walking” translated and published. You can read more about the Bitcoin Institute here.
Previous Post