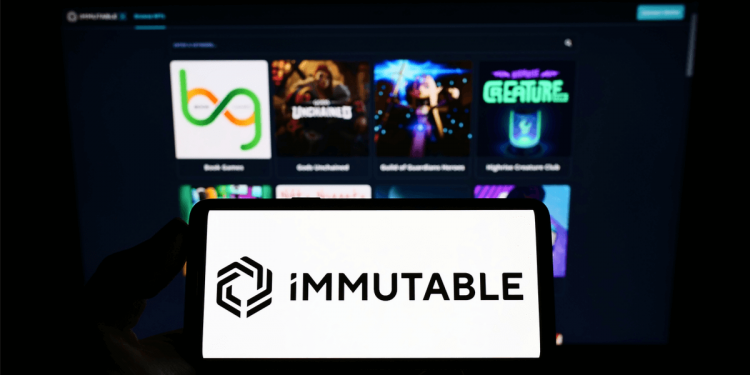 Ethereum’s L2 scaling solution ImmutableX (IMX) announced on the 23rd about the development plan of the high-quality MMORPG game “Search for Animera”.

The blockchain game “Search for Animera” currently under construction is a SF-based MMORPG (massively multiplayer online role-playing game) set in space, and ImmutableX will provide AAA title Web3.0 models. is the goal.

ImmutableX is adopted as the game building foundation, and Search for Animera users will be able to make high-speed transactions and issue NFTs with zero gas costs. In addition, the robustness of Ethereum, the base chain (L1) of ImmutableX, has the advantage of making it easy to manage game assets with peace of mind.

The release schedule for Search for Animera has not been disclosed, but game items are represented by NFTs (Non-Fungible Tokens) and manage weapons, skins, vehicles, etc. Users have ownership of in-game items and can freely trade them on the market.

The game is free to play, but there are benefits such as access to a limited edition of the story mode only for holders of the “Genesis Character Collection NFT”. In addition, the whitelist system “Program X” will be released soon to acquire enthusiastic players and community contributors, such as the Game Guild, which is indispensable for MMORPG, and the Web3 model DAO (Distributed Autonomous Organization).

Search for Animera is developed on the high quality game engine “Unreal Engine 5” by a team of veteran game developers, marketers and blockchain developers.

Animera’s co-founder and production lead, Thomas Dimi, worked as an independent contractor for about six years at Konami Gaming and Kojima Productions, working on the Metal Gear Solid and Pro Evolution Soccer franchises.

“Immutable X” is an Ethereum L2 chain that can process 9,000 transactions per second without transaction fees (gas costs). As “Layer 2 dedicated to NFT”, it supports NFT card games such as “Gods Unchained” and “Guild of Guardians”. As for technology, it uses “ZK-STARK”, a ZK rollup developed by StarkWare.