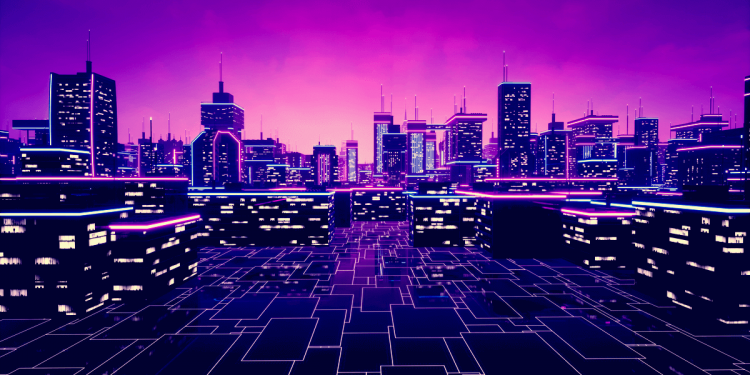 On the 17th, CoinWire, which provides crypto asset (virtual currency) news, reported on the results of research on Web3 games and the Metaverse in a report looking back on the cryptocurrency market in 2022.

In December 2022, CoinWire conducted an awareness survey on the Metaverse targeting approximately 7,000 cryptocurrency investors around the world. Respondents first thought that the Metaverse would create new lifestyles mainly in the fields of entertainment and social activities.

69% said they will change their lifestyle through entertainment, 65% through social activities, and 61% through finance.

The market size of the Metaverse is expected to exceed approximately 5 trillion yen ($38.5 billion) in 2022, and major participating companies include Meta, Microsoft, Nike, NVIDIA, Tencent, and others. As of July 2022, Microsoft had the largest number of Metaverse-related patent applications, with 158, followed by Samsung with 122, AR platform Magic Leap with 109, IBM with 71, and Disney with 40. is. 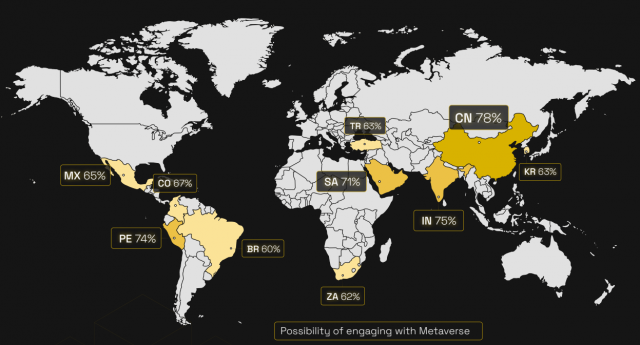 By country, the United States was the top country for Metaverse innovation. On the other hand, China topped the list of people who had positive feelings about using the Metaverse on a daily basis. 78% of Chinese respondents were positive about their daily use of the Metaverse. India followed with 75%, Peru with 74%, Saudi Arabia with 71% and Colombia with 67%.

A multiplayer 3D virtual reality world built on the Internet. You can enjoy various ways using avatars. For example, the in-game metaverse called “The Sandbox” provides voxel art creation tools and game creation tools, allowing users to create their own games and facilities.

Barriers to entry for Web3 games

The biggest motivator for playing Web3 games is to make a profit, at 51%. This is far ahead of responses such as “curiosity” (19%) and “interesting gameplay” (18%).

Fear of fraud is a barrier to participation in Web3 games, according to CoinWire research. Exit scams and Ponzi schemes were cited by 54% of surveyed crypto investors as reasons for not playing Web3 games.

Another 45% cited “too complicated games” related to setting up digital wallets, creating NFTs (non-fungible tokens) and buying tokens. CoinWire also pointed out that general gamers are also concerned that some Web3 game tokens will plummet due to design issues.

According to CoinWire, many traditional gaming companies are interested in entering Web3 games. 67% of game makers and 64% of independent game studios and developers showed high interest in Web3 games.

On the other hand, the biggest reason traditional game companies didn’t adopt blockchain and NFTs was “the possibility of promoting speculation.”

Web3 gaming tokens such as GALA, AXS, MAGIC, ILV, and SAND were also soaring along with the improvement in the stock market and virtual currency market.