Money and crypto situation in Africa’s largest country: The identity of “Megasley” that drives the only bitcoin lightning node that operates in Nigeria | coindesk JAPAN | Coindesk Japan 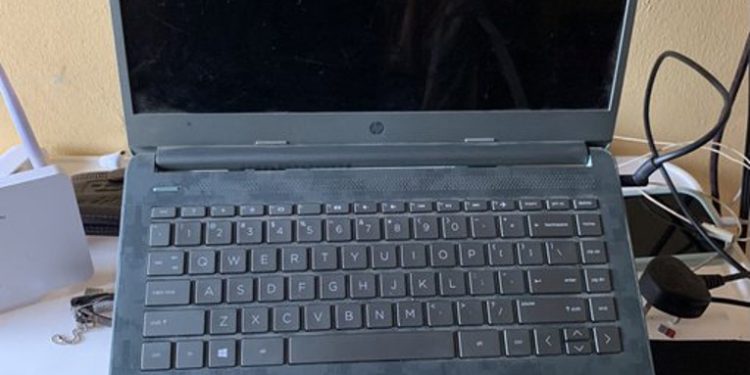 In Nigeria, which boasts the largest economy on the African continent, the operation of the only operable “Bitcoin Lightning Node” in the country has started. Using a second-hand diesel generator and an HP laptop, a node for making payments on the second layer of the Bitcoin blockchain began operating in Lagos, the country’s largest city, in January.

The initiative was initiated by a 20-something born and raised in southern Nigeria with the username “Megasley” on Twitter and Telegram. Megasley says he belongs to a group called “African Bitcoiners” and that he and his colleagues have launched a Lightning Network node in Lagos, southern Nigeria.

Lightning Network is a Layer 2 solution for the Bitcoin blockchain. Block processing on the Bitcoin blockchain takes time, so only a small number of transactions can be executed at a time. Lightning Network leverages user-created microtransaction channels to make transactions more efficient. Nodes on this network open and close channels, and perform and interrupt remittances. If you can relay remittances through efficient routes, you can earn rewards from fees.

Megasley discovered Bitcoin in 2015. The trigger was a bitcoin investment scam. Yet in 2021, she started getting paid for her work in bitcoin, and she learned a lot about bitcoin.

“The spread of Bitcoin will spread in African countries, including Nigeria, and the pace will increase. , it’s clear why bitcoin is so popular all over Africa,” Megasley said.

“We in Africa have reasons for needing a decentralized digital currency like Bitcoin, and I think we will benefit from Bitcoin more than in other parts of the world.”

Nigeria’s GDP is $442 billion (2021), the largest of the 55 countries on the African continent. South Africa is second with $418 billion, followed by Egypt with $403 billion (Statista data). Nigeria’s capital is inland Abuja, but Lagos is the driving force behind the economy and finance of the country.

Over the past five years, Lagos, a city facing the Gulf of Guinea, is on the verge of becoming Africa’s “Web3 hub,” with the establishment of many crypto asset (virtual currency) exchanges and blockchain-based startups.

In 2022, startups developing crypto asset trading services based in the country and blockchain-based payment services continued to raise large-scale funding rounds. Bitmama, a payment service, Yellow Card, a cryptocurrency exchange and wallet, and Canza Finance, which develops financial services on the blockchain, have increased the willingness of venture capital to invest.

As Megasley points out, although Nigeria is Africa’s largest economy, the financial infrastructure that exists in Japan, Europe, and the United States has not been developed, and many citizens continue to be unable to receive financial services. A report compiled by the World Bank last year estimated that 64 million people in Nigeria are unbanked, unable to access basic financial services through a bank account, out of a population of about 200 million. climb.

High inflation also weighs on the Nigerian economy. Inflation rose for 10 months in a row through November, before declining slightly in December, according to a Reuters report. Still, the inflation rate for the month was 21.34%.

The government has said the move is to curb inflation and prevent financial crime, but also to increase the use of Nigeria’s digital currency, e-Naira.

e-Naira is a digital currency (CBDC = Central Bank Digital Currency) that Nigeria’s central bank will introduce on a trial basis in 2021, but its use cases have not increased as much as the government had hoped.

From the introduction of e-Naira to the present, Nigeria has ironically seen an increase in the number of individuals using Bitcoin and US dollar-linked stablecoins.

While the spread of bank accounts is lagging behind, smartphone penetration is high in major African countries, and smartphone apps are a major basis for individual consumption activities. Leap-frog economic growth, which skips over the phase of developing industrial and financial infrastructure built by Western countries and creates a digital economic zone centered on smartphones, is conspicuously seen in African countries as well as China and Southeast Asian countries. be done.

Digital wallets allow you to trade bitcoins and other crypto assets. Under such economic and social conditions, the pace of introduction of crypto-assets on the African continent is accelerating.

Sub-Saharan Africa, a region south of the Sahara Desert, saw an increase in trading volumes under $1,000 by individual users, the Chainalysis report said. The population of the African continent is reportedly about 1.3 billion, but more than 80% of the continent’s population lives in the Sub-Saharan region.

Megasley plans to jointly launch Lightning Network nodes in each of six African countries this year. He aims for 15 countries and 15 nodes in the next two years. “The ultimate goal is to have a node in every country in Africa,” Megasley said.

Shigeru Sato: About 15 years at Bloomberg and Dow Jones & Co., covering and writing mainly on finance, M&A, IPO, startups, and energy. After participating as a founding member and managing editor (deputy editor-in-chief) of the Japanese version of Business Insider, he was appointed editor-in-chief of CoinDesk Japan in February 2019. From January 2023, while working as an advisor to CoinDesk Japan, he participated in a multinational project to develop Web3 news & data media on the African continent.