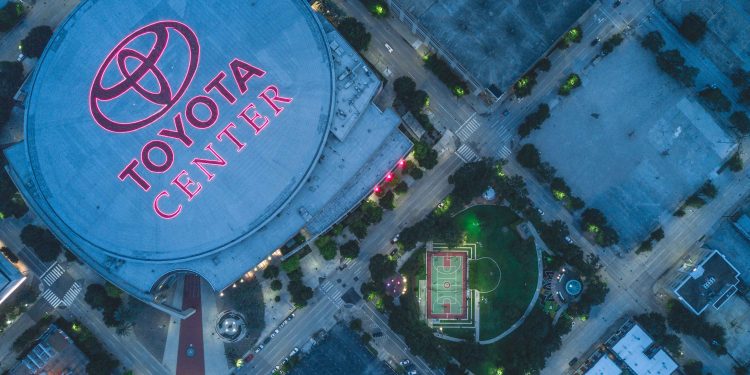 Segments of the deal include the team’s sponsorship figure to be paid in Bitcoin and promoting educational content and community initiatives. NYDIG will also provide Rockets with Bitcoin custody services.

In addition, NYDIG branding will be displayed on Rockets’ social media and Toyota Center arena. Apart from receiving baseline apron signage during Rockets games, the investment company will have naming rights to the arena’s suites level, calling them “Bitcoin Suites by NYDIG”.

“Partnering with NYDIG allows us to leverage the growth of Bitcoin to provide creative rewards and payment options to our fanbase and associates,” said Rockets President of Business Operations Gretchen Sheirr in the announcement.

Partnership with NYDIG is not Houston’s first crypto-related alliance. In August 2021, the NBA team partnered with Socios.com, a blockchain solution provider, allowing their fans to invest in the team via fan tokens or NFTs.

The owner of the Rockets is Tilman Fertitta, who is also the chairman and CEO of Landry’s Restaurant Group. Landry’s had just announced a partnership with NYDIG last week, which will allow Landry’s Select Club loyalty program members to earn bitcoin rewards.

“Expanding the partnership between the Fertitta family and NYDIG to the Houston Rockets was a natural choice,” said Trey Zeluff, Director of Digital Asset Strategy at Fertitta Entertainment. He further noted:

“The Rockets are a leading sports brand and NYDIG is the leader in bitcoin financial services. Together, we will deliver new opportunities for Rockets fans and the City of Houston to learn about and use bitcoin.”