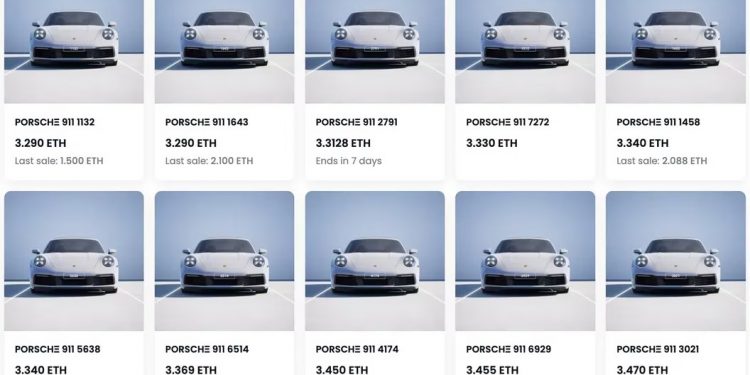 Floor prices of the company’s NFT collection have risen in the secondary market after criticism of Porsche’s Web3 strategy mounted on Twitter.

The initial plan was to sell 7,500 NFTs at 0.911 Ethereum (ETH), approximately $1,420 (approximately 185,000 yen, converted to 1 dollar = 130 yen). However, criticism of the collection quickly mounted on Twitter, citing oversupply, high prices, and a lack of understanding of the company’s Web3 strategy as factors in its failure.

Porsche announced on the 24th that it will stop issuing. As a result, the number of issues remained at 2363, which caused the price to rise.

You’ve heard us speak a lot about the exciting journey ahead of us. Let’s make it more concrete and shed some light on what we have planned for you over the next couple of months.

On the 25th, Porsche revealed the Web3 strategy at the company on Twitter and explained the details of NFT issuance. NFTs will be able to do many things based on their rarity, such as offering holders events and experiences in the coming months.

In response to the Twitter criticism, a Porsche spokesperson told CoinDesk that the company’s NFTs are “intended as long-term investments.”

“We recognize that NFT issuance has received a lot of interest from art lovers and Porsche enthusiasts.Many customers in the Web3 community have decided that direct resale is not profitable. The size of the community isn’t decisive for us, it’s important to be able to offer the community as special and unique events and utility as possible. ‘, the spokesperson said.