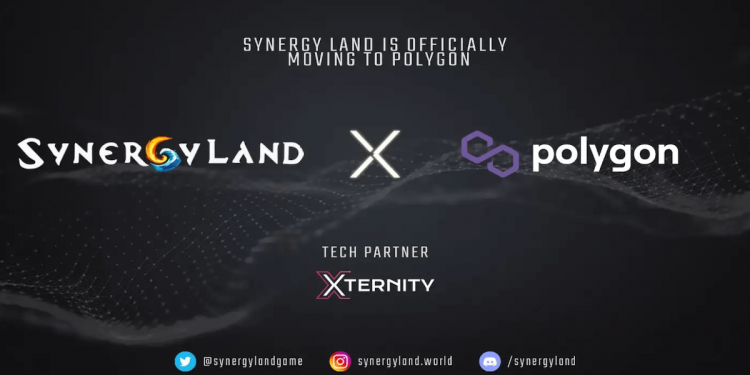 Blockchain game “Synergy Land” announced on the 18th that it will shift its underlying blockchain from Solana (SOL) to Polygon (MATIC).

He explained that the purpose of the migration was to meet all technical requirements and community requests. The goal is also to reach more users.

Special shoutout to @Xternity_io for making migrations like this seamless! Go builders 💥 https://t.co/qj1hhzLafc

Synergy Land explained that as the project progressed and the community grew, they felt the need to migrate the network for the future. After analyzing various blockchains, they decided that Polygon was the best in terms of scalability, security, and accessibility.

To migrate networks, Synergy Land has partnered with Xternity, which provides tools and services for developers and enterprises. Leverage Xternity’s migration tools to ensure safe migration of assets and data.

He explained that this transition will not affect the user experience, development, or future plans. He said that he is working with Xternity to ensure that user assets are also accurately migrated. The company also said it has a surprise in store for users who participate in the transition.

Synergy Land plans to issue a token called “SNG”. The company said it hopes to migrate the network before releasing the SNG token, but has not mentioned a specific timeline for the migration at this time.

Synergy Land is a relatively small Web3 game, with the main asset’s turnover not reaching 10,000 SOL. 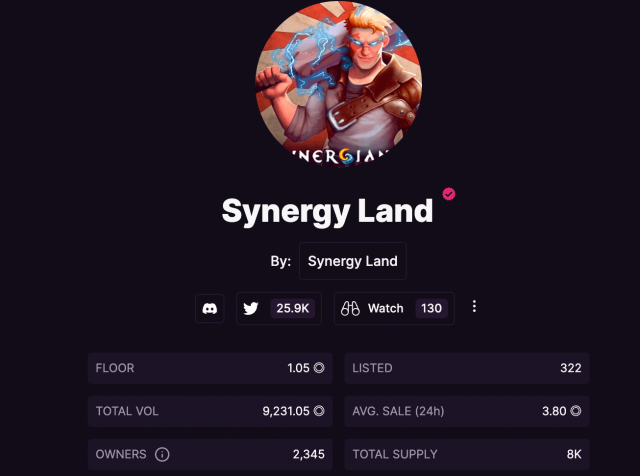 Like the major US coffee chain Starbucks, the number of companies and projects that are collaborating with Polygon is increasing.

Relation: US Starbucks adopts Polygon (MATIC) to use NFT to provide Web3 experience

In November last year, Polygon announced that it would be working with The Walt Disney Company to conduct a proof-of-concept in the digital collectibles space. Polygon is also a participating company in Disney’s business support program “Disney Accelerator”.

Also, this month, Mastercard, a major payment company, announced the “Mastercard Artist Accelerator”, a Web3 training program for music artists. The blockchain will use polygons.

There are other examples of the transition from Solana to Polygon, and it was noted last December that the popular NFT collection “y00ts” received a $3 million grant from Polygon as a strategy to expand to Polygon.

What is a polygon

A project to tackle the scalability problem of the crypto asset (virtual currency) Ethereum (ETH). They are developing multiple solutions such as “Polygon PoS” and “Polygon zkEVM”.

[US market]Bitcoin maintains over $21,000 ── FTX donates to more than one-third of US lawmakers | coindesk JAPAN | Coindesk Japan