The reason why I, a skeptic, believes in the survival of the crypto-asset industry ─ Toward Duke’s “Digital Assets at Duke”[Opinion]| coindesk JAPAN 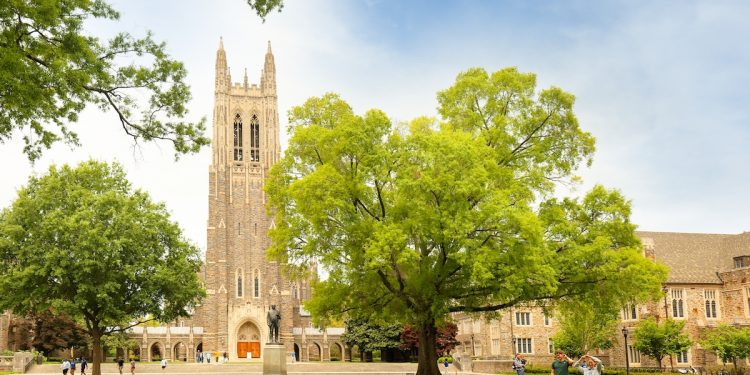 Known as a cryptocurrency skeptic, it may seem strange that I am contributing to the Digital Assets Conference at Duke University on January 20th and 21st. I once wrote a column for the Wall Street Journal calling for a crypto ban.

I still believe that unbacked crypto assets such as Bitcoin (BTC) have no economic utility and the cost to society far outweighs the benefits. But we also understand that the broader digital asset industry will not disappear.

Why do you think so? First, I have been teaching and writing about crypto and digital assets for over six years at Duke University. During this time, the industry has continued to evolve, defying all predictions, including mine.

What this history shows is that those who argue that the ongoing “crypto winter” is a sign of the end of crypto will be proven wrong as well.

I have also spoken to many students in a wide variety of majors. There are also ground-breaking financial technology engineering master’s program students who are passionate about digital assets and blockchain technology and want to build a career there.

Students aren’t motivated to make quick money or buy a Lamborghini. He sees cryptocurrencies and blockchain as a source of intellectual curiosity and sees an opportunity to get involved early in an emerging industry with great potential.

Another reason I believe digital assets will survive is because the leaders and companies of the traditional financial system believe so.

Goldman Sachs CEO David Solomon wrote in The Wall Street Journal last month that blockchain was “a promising technology that is already changing how companies raise money and how investors transact. ‘, he said.

As proof of that, he said Goldman Sachs’ use of blockchain in its customer-to-customer trading platform, as well as a two-year maturity 100% for the European Investment Bank and two other banks based on a private blockchain. 100 million euro (about 14 billion yen) digital bond underwriter.

Such a move may be far from the “pure peer-to-peer version of electronic cash” envisioned by Bitcoin creator Satoshi Nakamoto. But it doesn’t make sense.

Technology and industry evolve as consumers begin to use products and express preferences, and as policy makers consider new risks and adjust regulatory frameworks.

Despite the persistent belief by many that crypto-assets represent a new monetary system free from central banks and traditional financial institutions, crypto-assets are likely to render the underlying technology obsolete. It is my destiny to evolve while being adopted by the organization.

In the wake of the FTX demise, now is the time to examine the ongoing evolution of crypto assets and look to the future to find the use cases for digital assets that offer true long-term economic viability. That’s why my colleagues and I are hosting a digital assets conference at Duke this month called Digital Assets at Duke.

Digital Assets at Duke is not your average crypto conference. There are no sports cars parked outside, no nightclub after parties, no corporate booths handing out free merchandise.

Instead, harness the power of Duke University’s interdisciplinary research and industry collaborations to bring together key players in the digital asset industry, regulatory experts and academics for two days of serious debate. get exchanged

Nothing could be more important to the future of digital assets than regulation. Two US federal agencies that are at the forefront of crypto regulation discussions will also be sending speakers to the conference.

SEC (Securities and Exchange Commission) Commissioner Hester Peirce has regularly criticized the SEC’s “regulation by enforcement” approach to digital assets, urging developers of decentralized networks to It proposes a landmark safe harbor provision that provides a three-year exemption from the registration provisions of the Act.

Commodity Futures Trading Commission (CFTC) Commissioner Kristin Johnson was a renowned securities and derivatives trading legal scholar before joining the CFTC in 2022. Since her appointment to the CFTC, Johnson has repeatedly called for “a whole-of-government or comprehensive regulatory regime to ensure effective consumer protection in digital asset markets.”

Stablecoins are a use case for digital assets that have the potential to ease existing friction in payment systems and facilitate new transaction models such as programmable currencies and micropayments.

Circle, which owns the USD coin (USDC), has money transfer licenses in most U.S. states, and management has said it wants to become a private bank. Circle recently announced a partnership with BlockRock. A plan to move 80% of USDC’s reserves into a Treasury MMF created by BlackRock has drawn ire from the banking community.

The USDF consortium, which plans to issue the USDF stablecoin, has taken a different approach, limiting consortium members to only Federal Deposit Insurance Corporation (FDIC)-member banks and working with blockchain company Figure. plans to issue tokenized deposits on the Provenance blockchain.

As noted in the Federal Reserve Bank of New York blog, “DeFi protocols continue to function as intended in 2022, with no protocols shut down.” A conference at Duke University will reflect on DeFi’s performance over the past year and discuss DeFi’s future growth potential with a discussion of DeFi’s uses beyond decentralized exchanges (DEXs) and exchanges. go.

Digital Assets at Duke will also feature discussions on tokenization, CBDC (Central Bank Digital Currencies), security and institutional adoption. In short, the conference brings together people and companies focused on developing, deploying and regulating the next generation digital asset landscape.

Mr. Lee Reiners: Director of Policy at the Duke Financial Economics Center and Lecture Fellow at Duke Law School. He teaches crypto-related laws and policies and is a frequent media commentator on crypto-asset regulation.