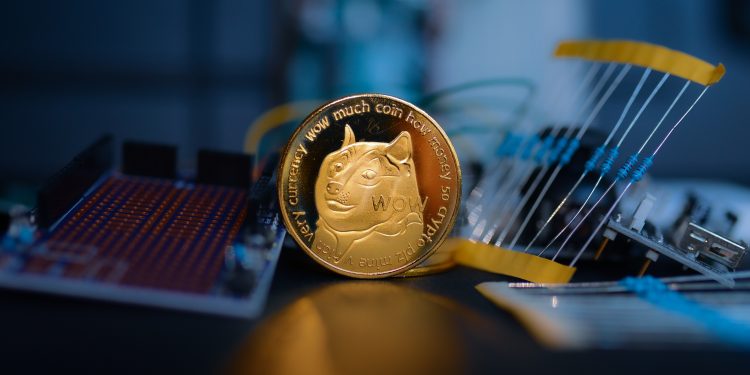 After adding Polkadot and Solana to its list of cryptocurrencies for donations, the Ukrainian government is now starting to accept donations in the popular meme coin Dogecoin.

“@dogecoin exceeded Russian ruble in value. We start to accept donations in meme coin. Now even meme can support our army and save lives from Russian invaders,” Mykhailo Fedorov, vice prime minister of Ukraine, said in a tweet followed by a DOGE wallet address.

@dogecoin exceeded Russian ruble in value. We start to accept donations in meme coin. Now even meme can support our army and save lives from Russian invaders. $DOGE owners of the world, @elonmusk, @BillyM2k, let's do it. Official $DOGE wallet: DS76K9uJJzQjCFvAbpPGtFerp1qkJoeLwL

Currently, a single DOGE is worth $0.13 which is higher than Russia’s Ruble current value of $0.0085. The ruble fell about 30% against the dollar on Monday following the several sanctions by the United States government. It touched to a record low of 110 to the dollar on Wednesday but has since retreated to 105.

Fedorov also tagged Elon Musk, Tesla co-founder and a Dogecoin proponent, and Dogecoin creator Billy Markus in the tweet. Responding to the tweet, Markus wrote that he had “sent some” DOGE as a contribution, adding:

“Dogecoin folks aren’t usually rich and dogecoin itself is generally used for small transactions, but we are a caring and passionate bunch. Those who want to help will offer what they can ~ i hope the country can heal and rebuild stronger after all of this.”

Overall, more than $52 million in cryptocurrencies have now been donated to Ukraine’s war relief efforts, per the latest estimates. Of the total, $42.9 million came from donations to the wallet addresses provided by the country’s government. The government has currently provided wallet addresses for Bitcoin, Ethereum, TRON and Polkadot, Dogecoin, and Solana.

Crypto community continue to support Ukraine. I am grateful to @gavofyork, who made an impressive donation of $5M from @Polkadot $DOT. This will certainly contribute to the Ukrainian victory as well as support civil people. We will win — the best people with us.

Meanwhile, some $7 million in proceeds came from the auction sale of a Ukrainian flag NFT conducted by UkraineDAO, a decentralized fundraising effort co-founded by members of the investment group PleasrDAO, NFT studio Trippy Labs, and Nadya Tolokonnikova of performance art group Pussy Riot. Come Back Alive, a Ukrainian NGO, has also received millions of dollars worth of donation.