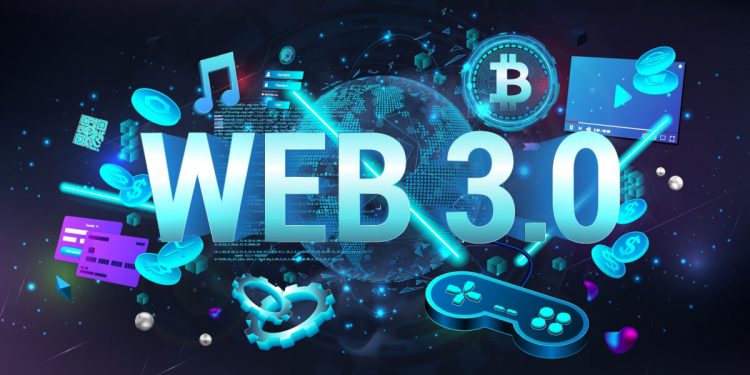 It was revealed on the 9th that the number of users of Web3 (decentralized web) games will be about double that of DeFi (decentralized finance) addresses by the end of 2022.

Gaming has over 2x the unique active wallets than DeFi. pic.twitter.com/k0ypjruZwp

Web3 games refer to “P2E (Play-to-Earn)” games that allow players to earn rewards while playing, mainly using blockchain technology and NFTs (non-fungible tokens). Receive unique tokens and NFTs, which are in-game items, as rewards through gameplay, and sell them for cash.

Web3 gaming-related UAW surpassed DeFi for the first time in Q3 2021, according to statistics site DappRadar. Of the 1.54 million UAWs in the blockchain market at the time, Web3 games accounted for 754,000 (49%).

Axie Infinity, the representative of P2E, has gained great popularity in Southeast Asia, and the number of active users per day reached 1.1 million at its peak in November 2021 (according to blockchain analysis platform Nansen).

In 2022, amid the prolonged bear market in the crypto asset (virtual currency) market, deleveraging (reduction of excess debt) events such as the Terra (LUNA) shock in May and the FTX shock in November occurred one after another.

Total deposits (TVL) in DeFi shrank from about $150 billion at the beginning of 2022 to $40 billion. The Web3 games market has also been hit by the bear market, with a smaller user base than at its peak.

However, DappRadar points out that Web3 games are the top category with an average of 1,152,255 UAWs per day, up 85% year-on-year. 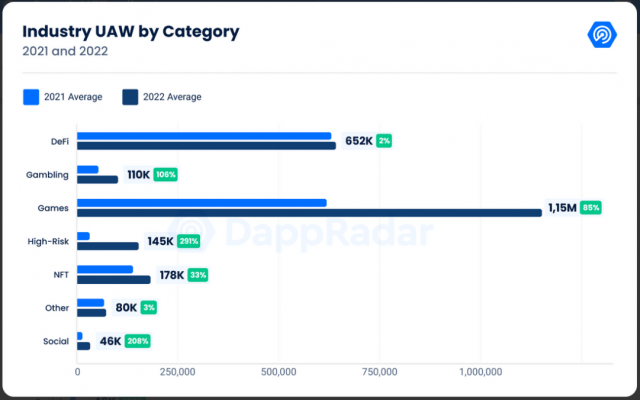 Delphi Digital sees Web3 games moving beyond the dawn and peak of over-expectation in Gartner’s “Hype Cycle” into a period of disillusionment in 2022. He points out that the future will be a period of enlightenment and a relatively long period of stable productivity. 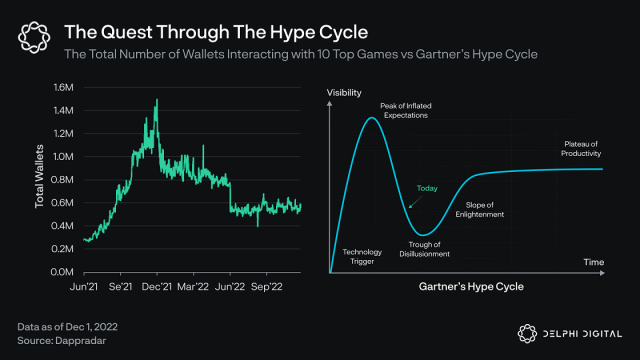 Axie Infinity’s DAU (daily active users), which peaked in November 2021, has fallen to 9,500 by the end of 2022. But Delphi Digital points out that these early Web3 games “provided mainstream interest and led to an influx of a lot of talent.”

Gartner defined Web3 in October 2022 as “a new technology stack built on blockchain that supports the development of decentralized web applications and gives users control over their identity, content and data.” It is pointed out that it will be a component of the Metaverse.

The Metaverse will store value and become redeemable in a virtual arena with Web3’s tokenization technology. The Metaverse and Web3 are not merged into one concept, but they complement our vision of the future Internet.

Will the play-to-earn phenomenon lead billions of users to DeFi?

Learn the what, why, and how 👇https://t.co/lFSpE3dkbd

ConsenSys, a major US blockchain developer, pointed out that 5 of the top 10 dApps (decentralized apps) used by users of the cryptocurrency wallet MetaMask belong to the gaming category. He added that the number of users is increasing rapidly in countries such as the Philippines and Brazil, and that it is promoting the P2E market (note that Axie Infinity is not included in these five cases).

With a user base of over 3 billion people worldwide, the gaming market has grown over 100% since 2014 due to the prevalence of the free model. ConsenSys points out that the introduction of a new economic model “P2E (Play-to-Earn)” may further expand the TAM (maximum feasible market size) of the game market. P2E games will eventually bring billions of users to Web3, he said.

Virtual currency-related stocks rebound all at once, bitcoin whales tend to buy more