What impact will the Shanghai upgrade scheduled for March have on the Ethereum market? 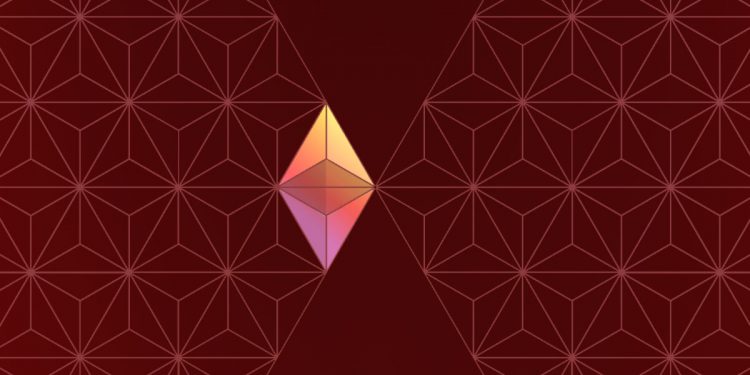 The next upgrade of the crypto asset (virtual currency) Ethereum (ETH), “Shanghai,” is expected to be implemented around March 2023. Due to the ability to withdraw staked ETH, there is growing interest among market participants about the impact on ETH price.

On January 11th, version 2 of the devnet (development network) was launched to test the ability to withdraw staked Ethereum. The public testnet is scheduled to be released in February, and is progressing steadily.

According to data site OKLink, Ethereum’s staking contracts have locked up 16 million ETH (approximately 3.18 trillion yen), or 13.2% of the ETH supply at the time of writing. In addition, staking participants receive a reward with an annual interest rate of 4% to 6%, but both can be withdrawn only after the Shanghai update.

The average acquisition price of staked ETH is $2,404 (about 300,000 yen) as of July 2010, and even if these ETHs with unrealized losses are withdrawn, they may be sold. is expected to be low.

With the price declines over the weekend, the #Ethereum market has fallen below the $ETH Realized Price of $1,781.

This means the market is holding an average unrealized loss of -18.4%

However, as of January 14, Bitcoin (BTC) returned to the $20,000 level for the first time since the FTX bankruptcy in November 2010, and the virtual currency market is bullish. Ethereum (ETH) also rose 10% from the previous day to $1,550.

If the cryptocurrency market continues to turn bullish and unwind most of the staking ETH losses, selling pressure will need to be reconsidered, says analyst firm Nansen.

Even if a staking participant with unrealized profit tries to sell after the Shanghai upgrade, Ethereum has a limit on the number of validators that can withdraw in a certain period of time.

This is a restriction to prevent a large number of validators from withdrawing at the same time and destabilizing the Ethereum network, but it will also have the effect of ETH leveling the selling pressure.

1/ Unlike other PoS networks like Cosmos that have a fixed withdrawal period for stakers, set at 21 days, Ethereum’s is dynamic based on how many validators are exiting at a given time.

According to ETHStaker Community, when a validator wants to withdraw from Ethereum, they must 1) pass a withdrawal request (exit queue) and 2) pass the waiting period.

Researchers at WestieCapital explained that even if 33% of all validators (500,000) issue an exit queue in one day, it would take around 100 days to pass all of them. It’s hard to predict after the Shanghai upgrade, but 18-21% of all validators have exit cues, and they said it could take more than 70 days to get them all through.

What is an ETH validator?

A node in a PoS (Proof of Stake) system responsible for storing data, processing transactions, and adding new blocks to the blockchain. 32 ETH must be staked to activate the validator software.

ETH holders build their own validator nodes or participate in Ethereum’s PoS (Proof of Stake) consensus through service providers such as cryptocurrency exchanges and staking pools, and stake at an annual interest rate of 4% to 6%. receive rewards.

In both cases, ETH withdrawals are only possible after validator exit queues and waiting periods.

ETH validators are on the rise

Even if it causes short-term selling pressure on Ethereum, there is also a view that the implementation of the withdrawal function will give investors a sense of security, which will lead to the acquisition of new staking participants in the long term.

In fact, Ethereum’s staking scale has expanded as the Shanghai upgrade is on the horizon. According to the data site BeaconScan, the number of PoS (Proof of Stake) validators exceeded 500,000 at the time of writing, and 428,000 when the large-scale upgrade “The Merge” was completed (September 15, 2022). That’s a 16% increase from the number of cases.

Relation: Will the implementation of the staking withdrawal feature put a selling pressure on Ethereum?